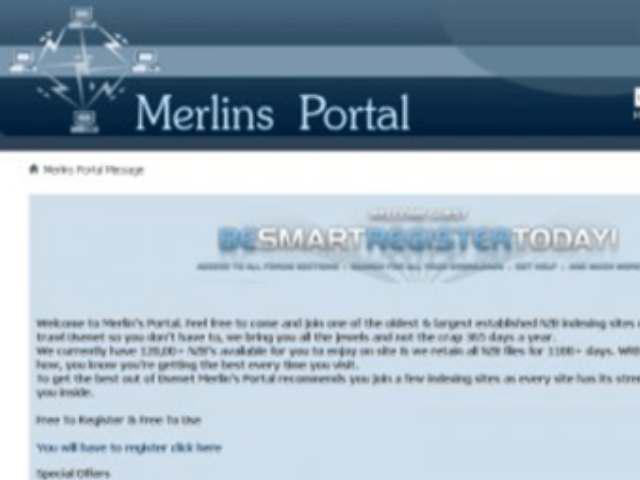 For a long time, years literally Merlin’s portal was one of our most popular USENET search engines. At one time having a huge following, large enough to keep the NZB search site open. But, like many sites of this nature, much of the following was due to Merlin’s offering, while another large portion of the following enjoyed the camaraderie of the administration. After the site founder, m3rl1n, vacated the site another user, SiD, took over the site and administrative duties.

Acknowledging flaws and an apology

SiD did make apologies for not being able to maintain the site and keep a level of user interest. He apologized for the deterioration in quality from the standards that users were accustomed to. According to his letter published on the Merlin’s portal website outlines many internal conflicts among the administrative staff and a lack of time on the owner’s part to oversee the administration of the website. The declining membership and interest took its toll on the website and today the website is but a shadow of what it used to be.

Harsh words and placing the blame

Spinout, one of the site lead administrators, received some harsh criticism from SiD in the letter. He made claims that unprovoked attacks by SiD were a large part of the reason for the membership decline. He acknowledged that since there are so many NZB sites available for free use user migration was inevitable. Not only does a website like this rely on its offerings for the user, in this case much of the offering was in the fellowship that was provided while m3rl1n administrated website. According to Sid in the end only the most hard-core users remained and because their numbers were so low there was little sense in attempting to revive the now dead website.

Sometimes it is the personality

Merlin’s portal has been an integral and important part of the USENET community for a long number of years. And while the site will be messed, there are other alternatives to Merlin’s Portal. Although, there may be some community lacking that Merlin’s portal would’ve been able to boast. Of course, this does create somewhat of an opportunity for someone with the desire to pick up on a former USENET icon. If the right person were to come along with the right technical skills and highly energetic personality Merlin’s portal could be restored to its former glory.