XNews is an online Usenet newsreader that is inspired by NewsXpress Newsreader. It supports multiple servers and has an advanced filtering feature. 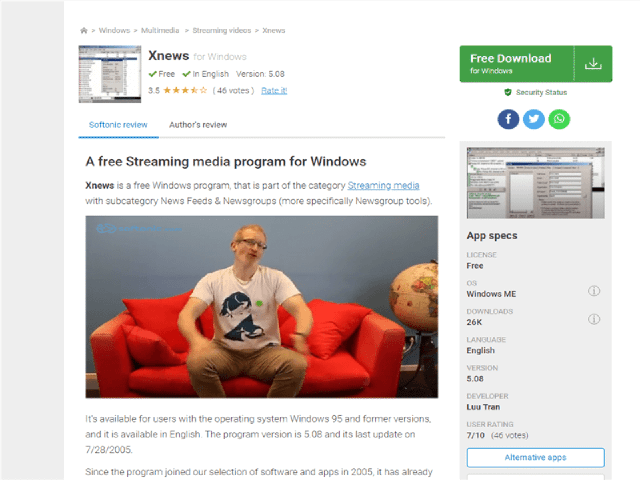 XNews is a newsreader that was written to reflect the preferences, habits, and sensibility of the developer. It is a freeware program that can be downloaded by anyone interested.

XNews is 100% Good Netkeeping Seal of Approval (GNKSA 2.0) compliant, and the codes are written in Delphi which runs in an executable file.

XNews supports multiple servers. You can open up to 4 servers (maximum) at once.

The storage feature will enable you to retrieve headers you visited recently. This is a pseudo-offline feature that is like a permanent cache so you won’t have to load headers the next time you visit it.

Quick Filter/Regex will only show the articles whose subject/author matches your searches.

The scoring system was also inspired by Slrn newsreader, from which the developer gets the idea. Basically, every article is assigned a score from -99999 to 99999. Articles with a score of 99999 or more are marked and considered important.

The following settings may be overridden and customized under the .ini file:

XNews does not support SSL connection within the reader, but it can be added using a service like Stunnel’s open SSL library for cryptography. It is also advisable to always use a VPN to protect your browsing and downloading activities when online.

As mentioned, XNews is free to use and download. Make sure you visit a secured downloading site before you download files from the internet.

XNews is composed and built with an endless Beta version. The developer favors frequent updates than stability. XNews is a 32-bit newsreader for Windows operating systems. It was last updated in July 2005 and is used heavily in the United States, United Kingdom, and Australia.

There is no installation process for using XNews, just unzip the downloaded file, and the program will automatically open. 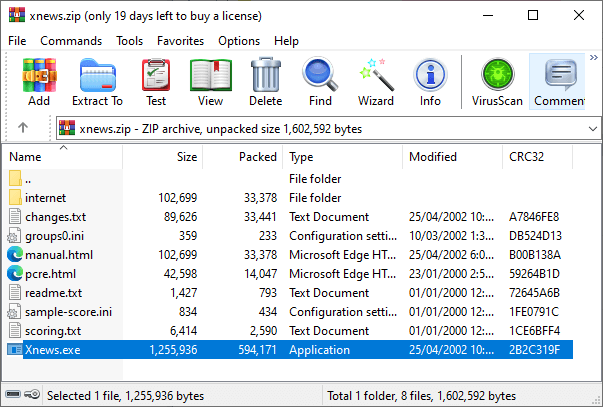 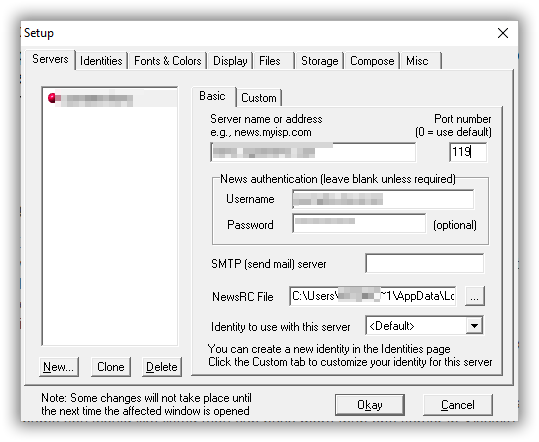 You may visit the other tabs in the Setup settings for customizing the text styles and background color.

ID Tokens help the newsreader track your posts and alert you on any updates and notifications. 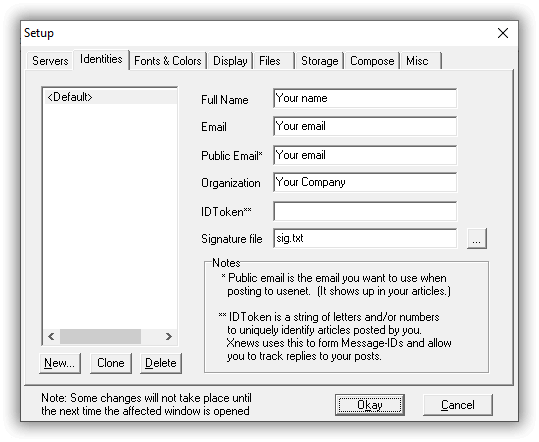 Once you’ve installed the program, an online manual is included in your download. This is where the developer explains the not-so-common features of his newsreader. This is not a basic step-by-step guide, but more of an explanation of why he chose a particular feature to be included in the program. It would also be beneficial to pay attention to pop-up hints. This newsreader has some tips and tricks on how to use it. The available manual also contains dozens of shortcut keys to perform several functions.

Overall, the interface of XNews newsreader is very old-looking. It’s a bit quirky, and if you are not familiar with some basic technical terms i.e. purging, scoring, xpat, catching up, etc., you will likely be confused with the more difficult functions and processes of this newsreader. Although this newsreader lets you customize its interface, XNews remains too difficult to navigate.

XNews is a newsreader that downloads binaries and supports multiple servers. It is fashioned after NewsXpress newsreader, which is no longer in development. The interface is very old-looking and is not as user friendly compared with other newsreaders. Although there are a lot of negative impressions in terms of its interface and functions, we should remember that this newsreader is made based solely on the developer’s preference and not the immediate needs of most Usenet users.

XNews newsreader is a freeware program that can be enjoyed by anyone interested to try. And although there are times when the program is slow and some terms and functions are not intuitive at all, we think XNews is one of those newsreaders worth trying especially if you have the diligence to read up the whole manual.