Newzbin Vs. British Telecom: Was The Fight Rigged 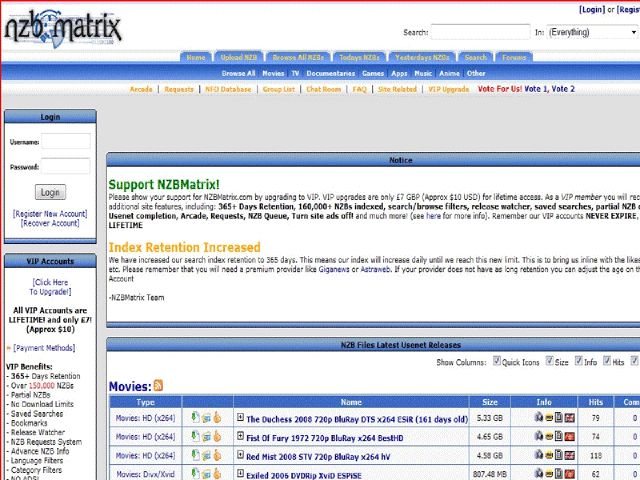 This year a British judge made a landmark decision in their courts concerning censorship on the internet. A decision that will likely affect the entire issue of censorship on a global scale for years to come. The magistrate ordered a the ISP, British Telecom, to remove a Usenet search provider, Newzbin and Newzbin2, from the ISP’s index…in essence rendering the Newzbin sites completely invisible to their customers.

The judges order said that BT should use the system they already use to block pornographic sites, Cleanfeed, but it was expected that the system wouldn’t be in place until mid-October. BT maintained that they wold comply with this order, but a earlier this month a breakdown in one of the servers that Newzbin uses had a breakdown, and the guys at TeamRDogs (the developers of Newzbin,) thought the ISP had started the block early…so kicked the development of their system to skirt the block into high gear.

A Bold Statement Of Defiance

Newzbin2’s administration spokesperson, Mr. White, made a bold statement of defiance in the announcement of their new client version, 1.0.0.127, when he said, “This is targeted at UK users who are likely to get blocked in October. This first version is a bit rushed and so not very polished.” Earlier, after the judgment against the website, Mr White had said that the developers at TeamRDogs knew how the Cleanfeed system operated and that, “Security through obscurity doesn’t work. And after October neither will Cleanfeed.” It seems as though they have lived up to their promises. Oh, and as a side note, the server was fixed.

What We Know About The New Version

According to the guys, the client is still in development, but will skirt every known system that Cleanfeed uses for filtering. The program will give you access to the Newzbin2 website going through the popular TOR Anonymity Network. There are resource links to IDMb, and most of the best and most popular of the network search indexes easily found in the interface. And while Mr. White claims that he client cannot be spied on, there are a few tweaks that need to happen in order to gain “Bomb Shelter” status.

How It Does What It Does

The client interface is still a little hard looking, and there a few features that you may think are missing, but they have achieved their objective…with time to spare. The client basically tries to resolve the domain name to IP address through the normal methods…DNS. Then the client will get an encrypted session started with a Newzzbin2 website. Suffice it to say, Cleanfeed won’t “like” the methods that the client will use to establish this connection. At least, that’s all anybody is saying for now. But, Mr. White claims that monitoring and filters are useless against it.

A diamond in the rough…a little spit and polish, and this one is going to really rock. And, considering the speed with which TeamRDogs came out with this, Mr. Violet has a little work yet to do…but somehow, we believe he is already on it.